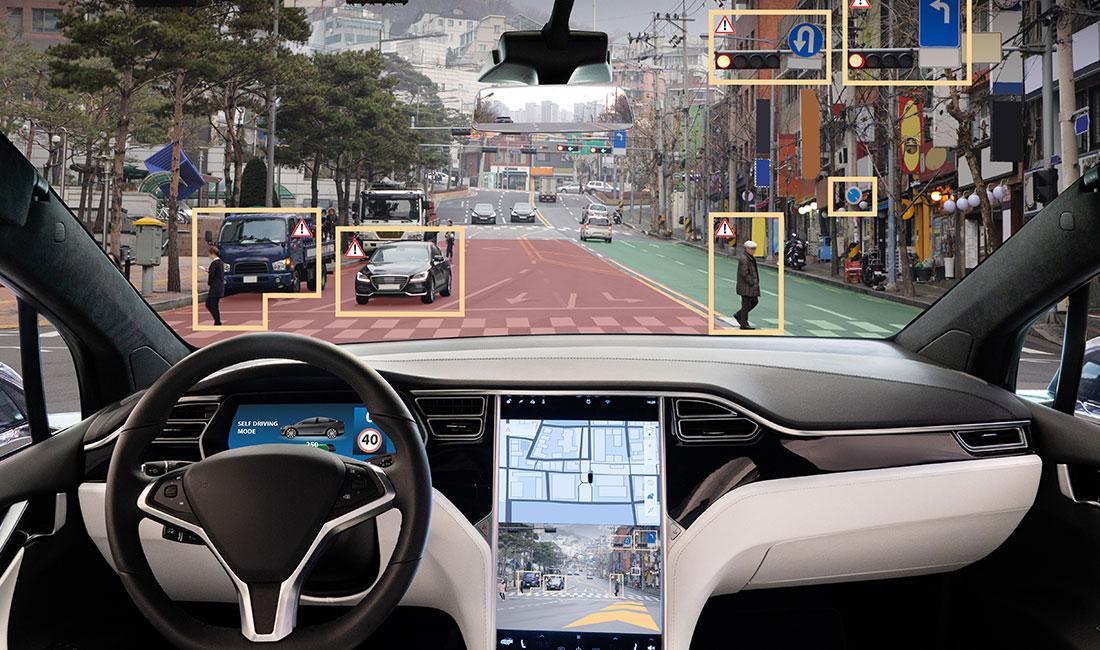 Tata Elxsi has been providing design and technology services for product engineering and solutions in the automotive industry and other allied domains. Auto Tech Review caught up with Nitin P Pai, Senior Vice President & Head – Marketing, Tata Elxsi, to understand the developments on its Autonomai platform, future of ADAS, and autonomous technology.

The Autonomai platform acts as a middleware that boasts deep learning and AI capabilities. This solution assists OEMs and suppliers in the development and incorporation of custom autonomous vehicle applications. Pai said the Autonomai platform not only encompasses a wide array of real-life scenarios but is also flexible, enabling companies to customize solutions to fit their particular requirements. The solution covers perception, GNC (Guidance, Navigation & Control system), and drive-by-wire systems. The system itself supports various sensors such as mono cameras, RADAR, LIDAR, stereo cameras & GPS, IMU, and wheel sensors. Acting as an interface, these inputs are relayed to a sophisticated artificial intelligence system, which Tata Elxsi has developed and is capable of deep learning based on specific algorithms. Autonomai is also capable of region-specific adaptation facilitated through pre-integrated validation datasets and AI & deep learning capabilities. Pai said Tata Elxsi is currently working on a region-specific adaptation for India as well.

Autonomai’s perception system leverages data fed by multiple sensors integrated into the system. This helps the platform perceive the environment by detecting, identifying, and classifying objects around the driverless vehicle. Tata Elxsi has also integrated specific algorithms to identify traffic signs, road borders, lanes, and object identification such as vehicles, pedestrians, and animals, which form a part of the perception system.

Pai said the GNC system takes decisions for planning & controlling the driverless vehicle based on information that has been relayed by the perception system. These inputs are then analyzed by path and motion planners, which generate distance-based paths using path search algorithms. At the same time, the motion planner generates data for velocity, position, and heading profiles in accordance with the defined path. The planner data is then processed by a vehicle control system, determining the longitudinal (acceleration & braking) and lateral (steering input) control. This information is subsequently relayed to the vehicle’s drive-by-wire systems.

In mid-2017, Tata Elxsi’s Autonomai platform was licensed by an OEM that ranks among the world’s top five vehicle manufacturers for its driverless R&D. The company has recently commenced ground testing of Autonomai installed in OEM vehicles and has also acquired a new clientele for its autonomous platform. Tata Elxsi collaborated with Hyundai’s Mobis Technical Centre, India (HMTCI) in late 2018 to develop a synthetic scene generator tool that will replicate every real-world scenario that an automobile would come across, running into millions of possibilities. Pai said the company combined its expertise in digital technologies like AI, extended reality, and gaming to develop this futuristic simulation tool that is expected to accelerate the realization of driverless cars.

This platform can be used for platooning, parking assists, highway, and urban driving. Tata Elxsi has successfully completed field trials for autonomous driving features such as lane keep, stop & go, lane change, as well as for V2X features like GLOSA (green light optimized speed advisory) and LAM (lane advisory message). The company is currently conducting testing of urban roads. The Autonomai systems also have a traffic sign recognition accuracy of 99.59 % of German traffic signs. This is even greater than the level of accuracy of a human being, stated Pai. With its availability as a full-stack solution or in modular components, Autonomai has a quicker realization of Level 3+ autonomous driving. The platform can be easily deployed in test vehicles, with the company offering easy porting, optimization, integration, and testing of customer systems, sub-systems, and algorithms.

Tata Elxsi’s simulation model costs are capable of reducing testing lead-time of automated generation and execution by 40 %, and the software’s GUI (graphical user interface) can be quickly customized. The modular and open architecture of the simulation model enables customization of the core simulation engine, sensor output generator, camera simulator, and other components.