The Role of SDN in Network Transformation 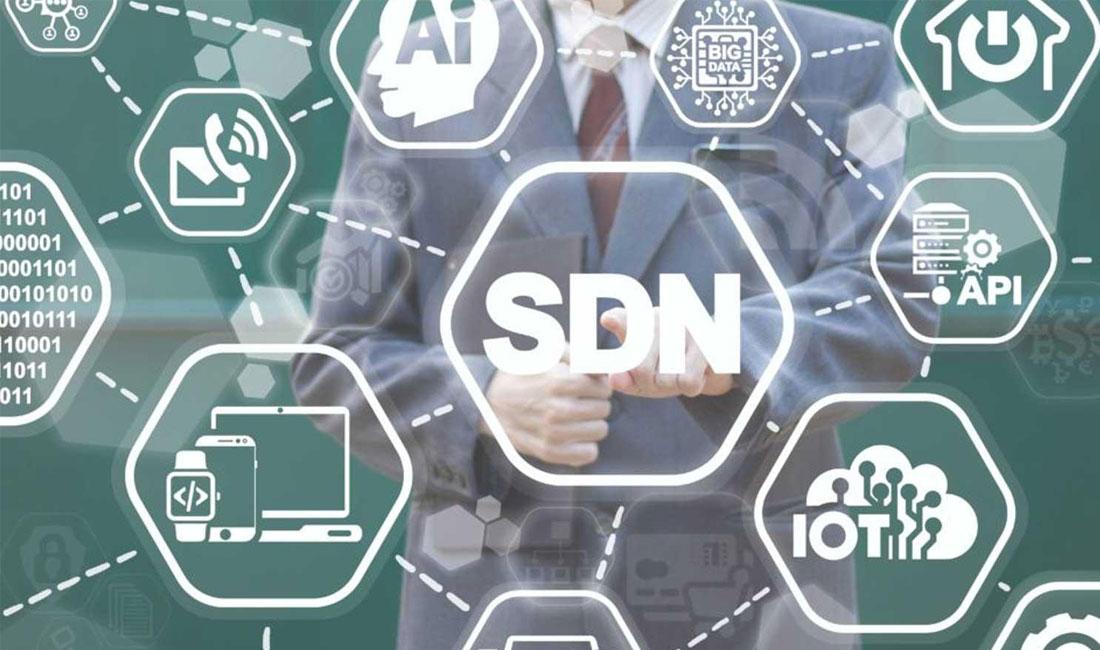 "The Evolution Of Cloud Has Especially Had A Profound Impact On The Adoption Of Software Defined Networks And The Rapid Adoption Of Cloud Computing Has Created A Need To Move Beyond Legacy Technology And MPLS."
Vijay Jayaraman, Director – System Engineering, India & SAARC, Citrix

Modern Technology is a step towards Virtualization. Through the last couple of decades, there has been a systematic movement away from the Hardware, towards a Software-centric approach to technology. This is majorly a result of the Internet and the prism of capabilities it has added to the traditional enterprise.

Enterprises are drawn by the flexible, agile and scalable tendencies of the software based solutions and are therefore, eager to adapt and adopt.

The Softwarization of technology has permeated the industry at all levels. The Storage Infrastructure, for instance, witnessed the transformation of the Data Centre into the Cloud, Hybrid or the Multi Cloud setting. Technologies like Edge Computing and Internet of Things, on the other hand, are blurring the lines between Hardware and Software.

"There Are Three Key Reasons That Have Lead To The Significant Growth In The Market For SDN And SD-WAN. Firstly, The Immense Complexity That Existed In Data Centres And Enterprise Branches With Dependence On Hardware For Different Functions That Was Expensive And Hard To Deploy, Manage And Support. Secondly, The Inability Of Traditional Network Architecture To Support Migration To The Cloud. And Thirdly, The Need For Improving Application Performance, Especially Real Time Applications As They Increasingly Became Business Critical. All These Can Be Overcome With Software Defined Technologies At A Much Lower Total Cost Of Operations."
Arun Subash Manickam, Director, R&D, Velocloud

THE EMERGENCE OF SDN

The Cloud Revolution has pervaded all segments of the industries. Cloud has re-defined Computing, Storage and Infrastructure. To integrate Networking Architecture with the Digital Transformation of the enterprise, the traditional network that was designed in and for a pre-digitization, pre-cloud era had to be re-constituted as well. To give an example, in order to leverage Automation in Networking, the traditional network infrastructure had to be substituted by a software based system.

It is under these circumstances that Software Defined Networking (SDN) came into the picture and initiated the Network Transformation. SDN effectively separated the forwarding plane from the controlling plane in network architecture, thereby providing a software based approach to managing the data flow within the network. This approach substituted the traditional network by centralizing the control of the network. This offered flexibility and a high degree of scalability, where previously was a need for separate configuration for each device on the network. Functional separation, Automation through programmability and Network Virtualization are some of the focus areas of SDN.

The Data Centres were the first to adopt the SDN capabilities as a solution to their networking requirements. VMWare, Cisco, Juniper Networks, for instance, were at the forefront of SDN adoption. Apart from the Cloud providers, Telecom providers also heralded the Transformation.

"Some Of The Latest Technology Trends Propelling The Adoption Of SDN And SDN-WAN Are 5G, IoT, Cloud Native Applications, Edge Computing And Big Data Analytics. SDN And SD-WAN Are More Seen As Enabler For Rapid Service Delivery Mechanism And The Tenets Of Cloud Technologies Like Virtualization, Distributed Computing, Micro Services & Containerization And Their Orchestration Are Fuelling Its Pace Of Adoption."
Raja Gopalan Rajappa, Deputy CTO & Head of Tata Elxsi, Network Transformation Technologies

SDN centralizes the control of the network to a single system. This streamlines the flow within the network. The SDN Controller then becomes a central point from where Security, Policies, Maintenance, Management, and all other crucial aspects can be controlled and consistently distributed throughout the enterprise network.

Centralized control eliminates all other points of access, thereby securing the network which previously had multiple entry points which increased the chances of a security breach. Centralized security is perhaps, the key advantage that draws the enterprise towards the SDN technology.

Adoption of SDN technology reduces operating costs and capital expenditures. It authorizes the network operator to shape and control the data traffic, which enhances the quality of the services offered. The ability to selectively direct the data flow opens the possibilities for automating the processes. SDN creates a framework that structurally supports data-intensive applications like Big Data and Automation.

"The Intelligence Of SD-WAN Enables The Networking Of Identify Mission Critical Data Flows To Ensure They Take The Most Efficient Path At Any Given Time Resulting In Increased Performance."
Ajay Yadav, Head IT (North), Rail Infrastructure Limited. 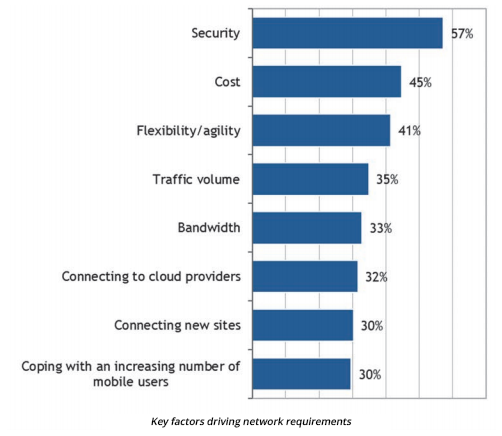 “SDN is fast becoming an integral part of the enterprise network strategy with almost 65% of organizations having already deployed or are planning to deploy a SDN in their campus, branch offices and Data Centers in the next 18 months,” states IDC.

SDN comes as a best possible solution in accordance with the current technology, as the service providers strive to maintain such levels of network capabilities that allows them to smoothly accommodate the burgeoning number of users on the network. Another factor that comes into play is the increasing mobility among the enterprises that requires easy accessibility for streamlined operations. The Capex and Opex cost reducing capabilities of SDN solutions is another key force behind the high demand of SDN in the market.

In the context of IoT, for instance, as the Internet of Things is materializing into an enterprise reality, there is an immense pressure on the network administrators to accommodate the increased number of devices/users on the network, without compromising the quality of the bandwidth. IoT, then makes it essential for any organization to have a software defined networking system, before it ventures on to adopting IoT.

As far as Cloud Computing is concerned, the last decade has witnessed a foundational shift in Computing. Servers have been steadily replaced by virtualized Cloud Data Centers which offered a greater degree of flexibility and scalability at considerably lower costs and maintenance.

As the organizations took to operating on Cloud and Multi-cloud environments, they required a stable, reliable and secure network system to support the movement of their mission critical workloads to the cloud. This is where SDN and SD-WAN offer the solutions that the traditional networking architecture could not.

“In the first phase, the key value proposition of SD-WAN was to provide a way to better performance of cloud applications independent of underlying transport, and automate the deployment and management of WAN in distributed enterprises from a central location. However, the scope of SD-WAN has increased significantly with the advent of Edge Computing, IoT and Cloud Computing. As the number of devices in the network increase exponentially, especially with IoT devices, there is a need for computing to shift back to the network edge because many of these devices are in remote locations, so that decisions can be made at the edge rapidly and in a reliable manner. In this landscape, the benefits of SD-WAN, namely automation, assured performance and reliable connectivity can play a key role in supporting the growth of such networks,” said Arun Subash Manickam, Director, R&D, Velocloud.

Along with the increasing rate of adoption of SDN, IDC predicts that SD-WAN adoption will hit the $8 billion mark by 2021. In line with SDN, SD-WAN accrues advantages like improved network resiliency, enhanced application performance and huge cost savings to name a few.

Enumerating the advantages of adopting SD-WAN, Vijay Jayaraman, Director – System Engineering, India & SAARC, Citrix, said, “Connecting to any of the clouds has become easier and secure using SD-WAN links, and flexibility, automated cloud connectivity, inter-networking and security are some of the benefits that SD-WAN offers.”

As the next-gen technologies are hitting the market, each segment of the industry is evolving with it. Networking, being one of the key domains is venturing forth into Digital Transformation riding on the SDN and SD-WAN as the new age network infrastructures. The foundational change in the networking architecture opens up the space for the adoption of other technologies like Big Data, IoT and Automation, thereby putting it up on an equal footing with other segments like Storage and Computing. And so, the enterprise evolves as a whole.